Home
Football News
‘Needs to go’, ‘He is careless’, these Manchester United fans are angry with 24-year-old after Wolves draw

A section of the Manchester United fans have criticised the performance of Andreas Pereira during the club’s goalless draw against Wolverhampton Wanderers at Old Trafford.

The Brazilian was handed with a role in the centre of the park against Wolves but he happened to struggle to stamp his authority and that saw new signing Bruno Fernandes step over from the number 10 position.

In the second period, Fernandes operated alongside Fred with Pereira in a more advanced role but the United graduate could not make much of an impression before he was substituted in the 72nd minute.

Obviously, it was a game where none of the United forwards were impressive on the day but Pereira has received much of the criticism after struggling with his distribution in the final third for not the first time.

Pereira has not been a popular figure among the Manchester United fans this season but he has still come up with a few performances where he has earned plaudits from some of the faithful.

Pereira slotted into a central midfield role at the beginning due to the suspension for Nemanja Matic. It won’t be a surprise, if the Serbian reclaims his spot after the winter break. 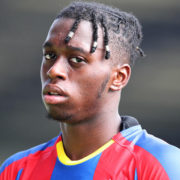