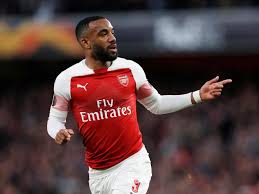 Arsenal are prepared to part ways with Alexandre Lacazette next year, 90min claims. The Frenchman has entered the final 10 months of his contract, and there has been no resolution.

Contract talks have completely stalled at the moment and neither the club nor the player are optimistic of negotiating a new deal beyond the current campaign.

Lacazette can sign a pre-contract with an overseas club in January, but reports claim that he could also be sold for a cut-price fee during the next transfer window.

A number of foreign clubs are in the mix, but West Ham and Crystal Palace are also in the mix with suggestions that Lacazette may also prefer to remain in London.

The Frenchman has been a quality signing for the Gunners over the years, but he is no longer regarded as a regular starter with Pierre-Emerick Aubameyang leading the line.

Aubameyang has played out wide in the past with Lacazette starting up front, but the whole scenario has changed with the emergence of Emile Smith Rowe and Bukayo Saka.

On top of this, there is also competition from Nicolas Pepe out wide. Hence, Lacazette has barely featured in the Premier League with just 31 minutes of playing time this term.

With the lack of European football, he may not break into the XI barring the Cup competitions. Lacazette appears better served moving on from the north London giants.

However, a mid-season deal may not be on the cards. Aubameyang and Pepe will be leaving for the African Cup of Nations which will leave a huge void to fill up front.

Lacazette may get regular games between January and early February. It could act as a spot window for him to attract from foreign clubs ahead of next summer.

Atletico Madrid are long-term admirers, and they could make a contract offer to him.