Arsenal have moved another step closer to signing Nicolas Pepe from Lille, as the Ivorian has been permitted to undergo the mandatory medical tests with the club.

The Gunners agreed on a club-record £72m package for the Ivorian towards the end of the previous week and they are now on the final stretch to land his services.

According to Sky Sports News, the formalities have been sorted with Lille with respect to the transfer fee and the winger will head to the Gunners’ Carrington training base for a medical in the coming days.

Pepe had the choice of joining Napoli or Arsenal this summer and he decided to choose the Gunners after being offered with a better salary as well as sporting project.

The 24-year-old contributed 23 goals and 12 assists for Lille across all competitions last term and his efforts were only bettered by Kylian Mbappe comparing the players in the French top-flight.

He is generally a right-sided winger by trade, but is also comfortable leading the line in a 4-4-2 formation. The Ivorian is expected to pen a five-year contract upon completing the medical. 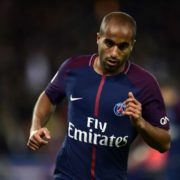