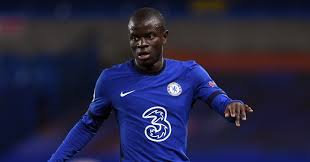 Chelsea travel to Brentford for today’s west London derby in the Premier League.

The Blues can return to the top of the standings with a victory, and it won’t be an easy task.

The Bees have beaten Arsenal and picked up a draw against Liverpool on their home turf since promotion.

How Chelsea could line up against Brentford today

Edouard Mendy is expected to start between the sticks as he is the undisputed first-choice goalkeeper.

The backline should see two changes with the unavailability of Thiago Silva and Antonio Rudiger.

Rudiger is out with a back problem suffered during international duty last week.

Cesar Azpilicueta could be accompanied by Andreas Christensen and Trevoh Chalobah in the back three.

Reece James is fit after his ankle concern, and he should return in the right wing-back spot.

Ben Chilwell should get the nod over Marcos Alonso on the other end after a promising display before the break.

He made his first league start against Southampton, and grabbed the third goal in a 3-1 win.

N’Golo Kante and Jorginho appear certain to feature in the centre of the park.

The former was out with COVID-19 for a couple of games before the international break.

Mason Mount’s creativity was missed last month with a minor injury, but he returned against the Saints.

He should now start in the attacking midfield alongside Timo Werner, who was among the goals last time around.

Werner bagged his first league goal since February, and has since netted twice for Germany.

Romelu Lukaku is destined to lead the line after a minor muscle injury scare on international duty.