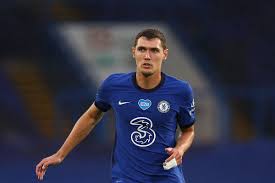 Chelsea are reportedly on the cusp of negotiating a new contract with Andreas Christensen.

The Dane has evolved into a key player under manager Thomas Tuchel.

He has got the nod over Thiago Silva at the heart of the defence on several occasions.

Christensen has previously insisted that he is happy at the west London club, and would like to prolong his stay.

As per Fabrizio Romano, negotiations are at an advanced stage. He could soon sign an extension beyond June 2022.

The central defender faces competition for places for a starting spot, but remains content with his situation.

Aside from Christensen, the Blues are in talks to extend the contract of club captain Cesar Azpilicueta.

The Spaniard’s deal expires at the end of the campaign. He is likely to extend his decade-long stay at the club.

Meanwhile, there does not appear much process over a renewal for Antonio Rudiger.

The German’s deal also expires next summer. He can sign a pre-contract with an overseas club in January.

The Blues have yet to meet his contract demands. PSG and Real Madrid are keeping tabs on his situation.

Tuchel has openly stated that he would like him to stay, but the hierarchy are reluctant to pay him £200k-a-week.