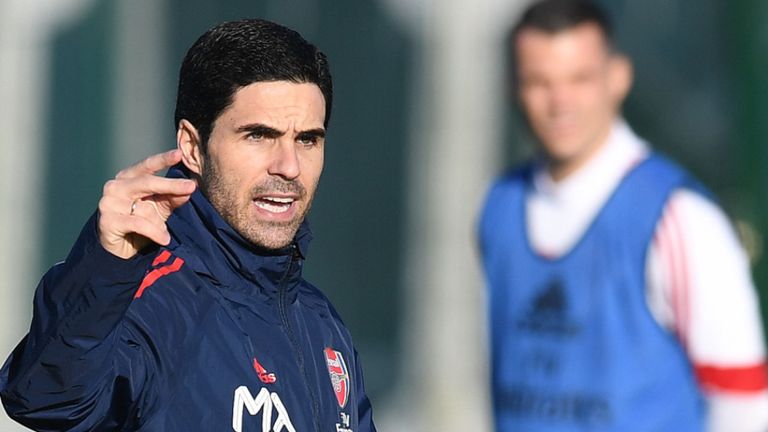 The Gunners suffered a disappointing 2-0 loss at Brentford in the opening match day.

They were missing key players due to injuries and COVID-19. The situation has not improved much.

Pierre-Emerick Aubameyang has tested negative for the virus, but his involvement remains uncertain.

The Gunners are underdogs for the upcoming derby despite doing the double over the Blues last term.

How Arsenal could line up against Chelsea

Bernd Leno should have done better against Brentford.

He was beaten at the near post before caught out of position for the Bees’ second goal from a corner.

Despite this, he has been the undisputed pick for the Gunners in goal. He is expected to start.

The Gunners could look to match the Blues’ defensive formation with a back three.

Ben White could be partnered by Rob Holding, who is more accustomed to playing in the formation.

The duo could be accompanied by Kieran Tierney in the back three.

Calum Chambers and Bukayo Saka are likely to feature in the wing-back positions.

Mikel Arteta may stick with Albert Sambi Lokonga and Granit Xhaka in the centre of the park.

He has options in Mohamed Elneny and Ainsley Maitland-Niles, but the latter could leave the club soon.

The attack could comprise of Nicolas Pepe, Aubameyang and Emile Smith Rowe.

Aubameyang may be lacking match sharpness, but we fancy him to make the first XI.

With Alexandre Lacazette sidelined, there is plenty of inexperience with Folarin Balogun and Gabriel Martinelli.

Aubameyang may require a late fitness test. We anticipate him to push for a starting berth up front.