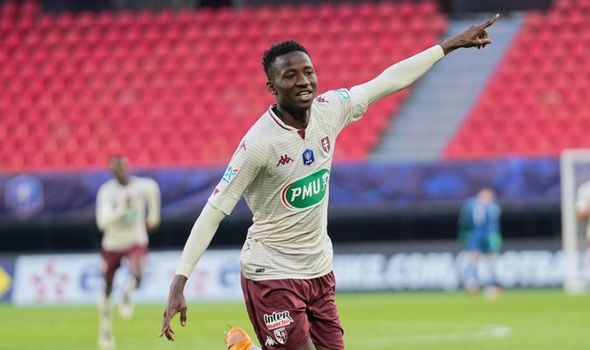 The 18-year-old made his debut for Metz last term, and he has since registered four goals from 27 outings.

His progress has caught the eye of several European clubs and both United and Chelsea are lining up bids.

Metz valued their prized asset at €33 million with four years remaining on his contract.

Both United and Chelsea are open to signing him permanently before loaning him back to Metz.

The Premier League giants would like Sarr to continue his development in the French top-flight this term.

Sarr can play anywhere in midfield, but he has regularly operated in the defensive position.

He is unlikely to break into the United or Chelsea squad at the moment, but could be a long-term prospect.

The duo may need to act fast to land his services with Manchester City also interested.

The Premier League champions are also planning for the future, and have landed some quality young recruits.

They recently agreed to sign Fluminense forward Kayky. The 18-year-old will join them in January next year.