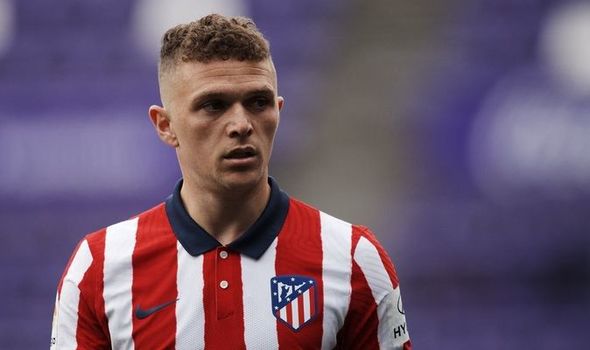 Arsenal could have a free run to sign Kieran Trippier this summer with Manchester United ending their pursuit of the Atletico Madrid defender.

The England international has been tipped to return to the Premier League, and United were recently deemed favourites to sign him.

However, a deal has failed to materialise. They recently made a bid of around £10m. The proposal was rejected with Atletico demanding £28m.

United have decided against revisiting their interest for the right-back. Diogo Dalot is expected to stay and compete with Aaron Wan-Bissaka.

This is likely to hand a significant boost for the Gunners, who are eyeing an attacking full-back during the summer transfer window.

They recently entered the race for Trippier, and now have a free run to sign him with the Red Devils unlikely to continue the player’s pursuit.

A deal may still not be straightforward. Atletico are adamant that they won’t sell the 30-year-old for anything less than the reported asking price.

The Gunners will need to recoup funds from player sales. Joe Willock appears set to join Newcastle United, and there could be more departures.

Hector Bellerin has been tipped to leave throughout the summer transfer window, and the Spaniard could be heading for the exit door soon.

Inter Milan previously failed with a loan approach for the right-back that included an option to buy.

They have been financially boosted by Romelu Lukaku’s £97.5m move to Chelsea. They could make a cash proposal for Bellerin in the coming weeks.