The north London giants won the famous old competition for the record 14th occasion on Saturday. Pierre-Emerick Aubameyang made the difference with a goal in either half in the 2-1 comeback victory and that ended the club’s three-year trophy drought.

Aubameyang’s current deal with the club expires at the end of next season, but they have the option to extend his stay for another 12 months. Still, the hierarchy are looking at the prospect of committing the marksman to a fresh long-term deal and Arteta feels the 31-year-old should renew his stay on the back of the Cup success.

“He knows what I think about him. I want to build the squad around him. I think he wants to stay and it is just about getting the deal done. But I think these moments will help him to realise and believe that we are in the right path and he is a big part of that,” He told.

Aubameyang ended the campaign with 29 goals on the board and that includes a brace in three of his final four appearances of the season. He has proved that he is the club’s main scoring threat and it won’t come as a surprise, if the board finally meet his contract demands.

Arsenal’s victory over Chelsea in the FA Cup final means that they will return to action earlier than other English teams. They are scheduled to face reigning Premier League champions Liverpool for the Community Shield on August 29. 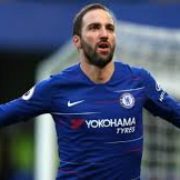