Chelsea will meet London rivals Arsenal in the FA Cup final this evening. The Blues have already won the famous old trophy on eight occasions and they will be aiming for their ninth at the Wembley Stadium.

Kepa Arrizabalaga was axed from the starting lineup after a series of average performances. Willy Caballero gave a good account of himself in goal against Wolverhampton Wanderers and he is expected to start.

No changes are likely in the backline. Antonio Rudiger, Kurt Zouma and Cesar Azpilicueta should make up the central defence while Reece James and Marcos Alonso are expected to take up the wing-back positions.

In the centre of the park, however, there could be a solitary change with N’Golo Kante returning to the mix after a four-week lay-off because of a hamstring injury.

The Frenchman may most likely replace Jorginho in the starting XI. Mateo Kovacic, who has been one of the Blues’ best players of the season, should accompany Kante in the midfield.

The frontline should remain the same from the Wolves game. Willian has recovered from a minor injury which kept him out of the recent clash, but Frank Lampard is unlikely to drop one of Christian Pulisic or Mason Mount.

Both players have been in good form of late and they should continue to feature in the wide attacking role with Olivier Giroud acting as the main striker.

Giroud has been in superb touch over the past month and he has netted a goal in each of his previous six starts for the club. He should be extra-motivated coming up against his former employers.

How Chelsea could line up against Arsenal 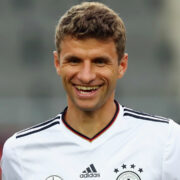