A selection of Manchester United fans were delighted with the showing of Harry Maguire during the club’s 1-1 draw against Everton in the Premier League on Sunday.

The Red Devils could have reduced the gap between themselves and fourth-placed Chelsea to the solitary point but they failed to do so after an average attacking display.

A David de Gea howler allowed Dominic Calvert-Lewin to score for the Toffees after just three minutes on the clock and Bruno Fernandes brought United level after the half an hour mark.

However, Manchester United were far from impressive with the attacking performance following the break and they need the assistance of Maguire at the back to deal with the physical threat from the Toffees.

Maguire was dominant at the back as he won five aerial duels and besides this, he made a staggering 15 clearances for the Red Devils as they shared the spoils at Goodison Park.

The centre-back appeared to have conceded an unfortunate own goal in the dying seconds but the goal was chalked off by VAR after Gylfi Sigurdsson obscured the view of De Gea while grounded in an offside position. 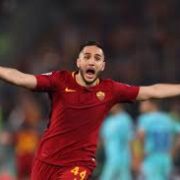