Nigerian striker Odion Ighalo has spoken about how he can make an impact with Manchester United for the rest of the ongoing campaign.

The 30-year-old signed for the club on loan from Shanghai Shenhua on deadline day and he is expected to provide the competition for the striker’s role to Anthony Martial, particularly with Marcus Rashford out injured.

Speaking to the club’s official website, Ighalo emphasised that United do have quality strikers in their ranks but none of them have been able to play as the traditional centre-forward.

He added to mention the need for someone who can hold-up and link-up play upfront and believes he is the right man to take up the striker’s role for the rest of the season.

“They have a striker that stays mostly in the middle, but Martial likes to come from the side, even Rashford and all that, so you need someone in the middle that can keep the ball, hold the ball,” he told.

“So they need a physicality there up front to keep the ball, to give and to make some movement, which I believe, if everything goes well, I can add to the team.”

Ighalo has been away from Premier League football for the past three years and he will definitely have a tough test on his hands when compared to the challenge in the Chinese Super League.

He has netted 16 times in the English top-flight for Watford previously and the 2015/16 season was his standout campaign where he was able to score 15 times for the Hornets.

Hopefully, he can showcase the same kind of form for the Red Devils during the backend of the season as they make the push for the top four in the Premier League and hunt for possible silverware. 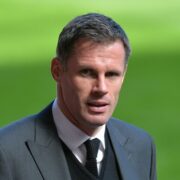 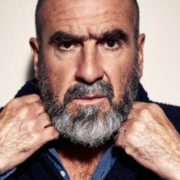