Chelsea FC manager Frank Lampard has identified a couple of goalkeeper targets for the summer as he anticipates the departure of record signing Kepa Arrizabalaga.

According to The Mirror, Lampard has become frustrated with the inconsist form of the former Athletic Bilbao graduate and that contributed to the Spaniard being dropped to the bench for the Leicester City clash.

It is added that the Blues tactician would prefer a replacement with Premier League experience and has earmarked Burnley’s Nick Pope and Crystal Palace’s Vicente Guaita as the prime targets for the role between the sticks.

Obviously, Kepa’s demotion for the Foxes game came as a surprise, considering he has come with a few standout performers while Lampard has regularly backed him in the media.

The Blues’ director Marina Granovskaia is currently said to be reluctant to sell Arrizabalaga, given the Blues are bound to make a loss on the £71m fee spent to sign him.

Lampard recently appreciated Willy Caballero’s display in goal despite conceding twice in the 2-2 draw at Leicester and his next goalkeeping selection could give a clear hint over Arrizabalaga’s future.

Chelsea FC return from the winter break with a Monday night clash against Manchester United on February 17. The game is a must-win, given any other result could put the chasing pack within striking distance of the final Champions League spot, which they have held for most of the season. 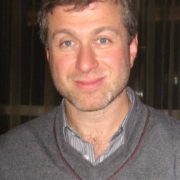