Chelsea FC will reportedly face direct competition from Manchester United in the race to sign Jadon Sancho from Borussia Dortmund in the summer.

The Blues were fancied to go on a mid-season spending spree after the transfer ban was withdraw through the Court of Arbitration for Sport but that was simply not the case.

The club were not able to make any signing to strengthen the first-team squad and that has genuinely frustrated Frank Lampard, who believes the club are now underdogs in the race for the top four.

According to The Sun, the Blues are holding a genuine interest in the services of Sancho but the attacker won’t come on the cheap with Dortmund set to demand around £100m.

However, that does not remain the solitary concern for them, considering United have been keeping Sancho for more than a year and are planning an approach of their own for his signature.

Sancho has been a revelation since his move to Dortmund more than two years ago and in the current campaign, he has been consistent with a tally of 15 goals and 14 assists across all competitions.

His blistering form, combined with the impressive beginning for Erling Haaland has kept Dortmund in the running for the Bundesliga title. They are just three points behind table-toppers Bayern Munich. 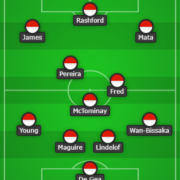