Manchester United are on the cusp of their first January signing after agreeing on an initial fee worth €55m for the signature of Bruno Fernandes from Sporting Lisbon.

The Portuguese has been touted to join the Red Devils since the start of the month and a transfer is eventually coming to reality with the club meeting the demands of Sporting.

According to Goal.com, the Mancunian giants are due to pay an initial €55m fee for the playmaker but the deal could eventually rise to €80m with the assorted add-ons.

Part of the add-ons will be settled based on the player’s appearances and United making the top-four. However, the other half remains unlikely for the moment as it is related to United’s league and Champions League title success and Fernandes going on to win the Ballon d’Or.

Still, it is a good piece of business for United, who have lacked the presence of a creative outlet from the midfield in the continued injury absence of Paul Pogba.

Fernandes could arrive for the medical on Wednesday. He could make the matchday squad and possibly make his Manchester United debut against Wolves in the Premier League on Sunday before the mid-season break begins. 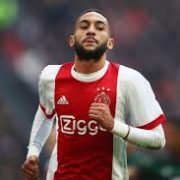