Chelsea FC manager Frank Lampard has acknowledged that he has a fair idea on the qualities of Moussa Dembele, who has been frequently linked with a move to Stamford Bridge this month.

The Frenchman has been earmarked as the prime striker target for the Blues and reports have recently claimed that the club have already failed with an opening bid to land his services from Lyon.

Lampard has remained tight-lipped on the speculation in recent days but speaking ahead of the Premier League clash against Burnley, he has stressed that he has nothing to say on the player’s future.

When asked further about transfer updates, the Blues legend indicated that there won’t be any inward player activity for the weekend at the least, he told:

“He’s a player I know and the club know but I’m surprised to see his name pop up so regularly when it’s not popping up in my conversations so regularly. Nothing is close at the moment, we’re not imminent and there won’t be any big news today or tomorrow.”

Chelsea FC will be aiming to return to winning ways in the Premier League when they entertain Burnley in Saturday’s afternoon kickoff from Stamford Bridge.

The Blues have recently stumbled against the mid-table sides at home and Lampard will be hoping that the club can guard against the same when they face the Clarets, who have kept clean sheets in one-third of their league games this season. 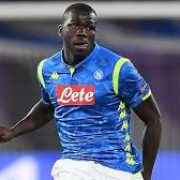