Manchester United legend Rio Ferdinand has heaped praise on the positioning of Tammy Abraham and believes the Chelsea FC forward has a goalscorer instinct.

The England international bagged the opening goal for the Blues in the 2-1 win over Lille on Tuesday night and that ensured that the west London side progressed to the round of 16 stage of the Champions League.

Speaking on BT Sport, Ferdinand was pleased with the 22-year-old’s display at Stamford Bridge and stated that the player’s positioning could give him the edge over fellow compatriot Rashford – presently at United.

Abraham has contributed 13 goals and four assists for the Blues this campaign and Rashford has registered the same tally of goals and assists for United.

As such, it seems a little harsh on Rashford, who has been playing out wide for half of the season but it can’t be denied that the United graduate did squander a number of golden scoring opportunities in the first few months. 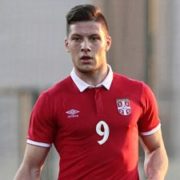