Home
Chelsea
‘Please sign him’, ‘Must get him at any cost’, these Chelsea FC fans want club to sign 21-goal striker

A section of Chelsea FC fans have urged the club to spend on one of Bundesliga’s in-form player when the transfer window reopens in the New Year.

The Blues are free to make new signings after their transfer ban was lifted and they are already said to be eyeing attacking reinforcements ahead of the second half of the season.

Among the targets mentioned, Werner has been widely appreciated from some of the Blues fans and he has been splendid form this term with 21 goals and six assists.

The German was most recently in action against Borussia Dortmund on Tuesday night where he bagged a brace which helped the league leaders pick up a point after a 3-3 draw.

Here are some Chelsea fans urging the club to land Werner’s services….

Werner has netted 18 goals in the Bundesliga this term and this sees him tied with Bayern’s Robert Lewandowski as the highest goalscorer across Europe’s top-five leagues.

He has mostly featured in the centre-forward role for Leipzig but the German has shown in numerous times in the past that he can comfortably feature across the attack.

Werner currently has a release clause of around £25.5m on his contract and he is expected to be the subject of interest from as many as 10 European clubs next month. 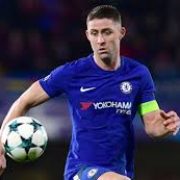