Home
Arsenal
‘Leave my club’, ‘Sell him’, some Chelsea FC fans are angry with 25-year-old star despite win at Arsenal

A selection of Chelsea FC fans have expressed their anger towards Emerson, who had a forgettable Premier League game against Arsenal at the Emirates Stadium.

Emerson started in the left wing-back position for the second game on the bounce but he struggled from the off with Reiss Nelson clearly getting the better of him on a number of occasions.

Ultimately, he was also responsible for the opening Gunners goal where he was clearly ball watching from a corner as Pierre-Emerick Aubameyang came from behind and scored with a header past Kepa Arrizabalaga.

The 25-year-old continued for another 20 minutes on the field following Aubameyang’s strike but Lampard eventually decided to revert to a traditional 4-2-3-1 formation with him getting the axe.

His replacement Jorginho put up an assured performance in the midfield and although he was fortunate to escape a red card, he made the difference with the key equaliser in the 83rd minute following Bernd Leno’s poor goalkeeping.

Chelsea FC completed the late comeback with a Tammy Abraham winner four minutes later but there were some fans, who were disappointed with Emerson during and after the game.

With the transfer window set to open this week, Chelsea FC are bound to move for another left-sided defender and it remains to be seen whether one of Marcos Alonso or Emerson head through the exit door to compensate for the new signing. 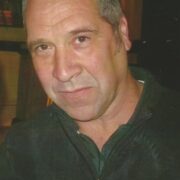