Home
Arsenal
‘He was fantastic’, ‘Full of hunger’, these Arsenal fans are impressed with one player after Chelsea FC defeat

A section of Arsenal fans have appreciated the performance of David Luiz during the club’s 2-1 defeat to Chelsea FC in the Premier League on Sunday afternoon.

The Gunners made a bright start to the derby as they took the game to their London rivals and Pierre-Emerick Aubameyang scored within the 13th minute after an assist from Calum Chambers.

They continued to dominate the proceedings for the next 20 minutes but there was a momentum shift after Blues boss Frank Lampard brought in Jorginho and changed to a traditional 4-2-3-1 formation.

The Blues were certainly the better team through the second half as they kept the pressure on the Gunners and they eventually bagged two late goals between the 84th and 87th minute to seal a dramatic comeback.

Luiz was impressive during the backend of the game and he ended the match by making six clearances, two blocks and winning three aerial duels in the process, as per whoscored.

He could have done better to stop Willian’s pass for Abraham’s winner but Shkodran Mustafi was probably more to blame as he was easily turned around by the Chelsea FC marksman, who scored past Leno’s legs.

As a result, there has been a generally positive reaction towards Luiz’s performance which has been a rare sight since his summer move. Here are some of the fans’ views on Twitter…. 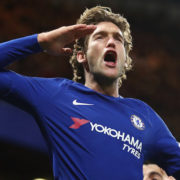 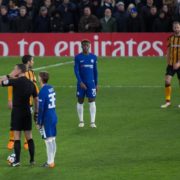 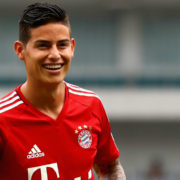