Manchester United are scheduled to tackle Bournemouth away from home in Saturday’s Premier League encounter. The Red Devils had gone 11 matches without an away win earlier last month but they have since redeemed themselves with three successive victories on the road. That includes the 2-1 League Cup fourth round triumph over Chelsea and they should go into the Cherries clash with plenty of confidence.

David de Gea will return in goal for the weekend encounter after being rested for the midweek League Cup fourth round tie. In front of the Spaniard, Harry Maguire and Victor Lindelof are the likely central defensive pair while Aaron Wan-Bissaka and Ashley Young should feature either side of them.

In the centre of the park, Solskjaer has very few choices to choose from with both Paul Pogba and Nemanja Matic injured. Fred has earned the right to start with improved displays of late and he is expected to partner Scott McTominay, who has been ever-present in the midfield ranks. The Scot has been among the goals this season and he recently opened the scoring during the 3-1 triumph over Norwich City last weekend.

Coming to the attack, it should be identical to last weekend’s combination. Andreas Pereira should slot into the number 10 role with Marcus Rashford and Daniel James out wide. Anthony Martial will definitely lead the line after only managing a 30-minute appearance in midweek where he could not influence the proceedings.

How Man United will line up vs Bournemouth 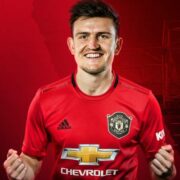