Manchester United are hoping to lure Erling Haaland from Red Bull Salzburg as early as the winter transfer window but they would still need to satisfy the demands of the Austrian giants.

The 18-year-old is currently one of the most sought-after strikers in European football and he has netted a stunning 26 goals from 18 games including seven in the Champions League.

According to The Mirror, the Red Devils are aware of the transfer interest in Haaland from Europe’s elite and they are hoping to steal the march on them with a mid-season deal.

While they are likely to pay a club-record fee for the Norwegian’s purchase, The Mirror reports that United’s prospects of signing the forward in January may be applicable, only if he is sent back to Salzburg on loan for the rest of the campaign.

Haaland is also on the radar of the likes of Liverpool, Barcelona, Real Madrid and Bayern Munich, and manager Ole Gunnar Solskjaer will be hoping that he can use his previous association with the youngster to his benefit.

Solskjaer was responsible for handing Haaland with his debut at former club Molde and it remains to be seen whether they are reunited at Old Trafford at the turn of the year. 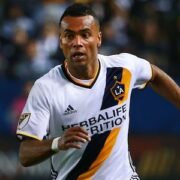 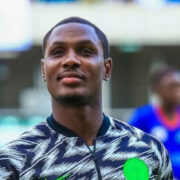