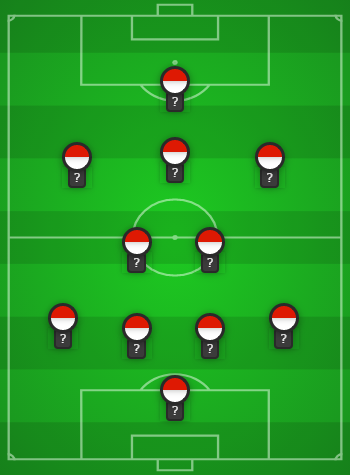 Arsenal will be aiming to return to winning ways when they face Liverpool in the pre-quarter final stage of the Carabao Cup on Wednesday.

The Gunners have a dreadful record against the Reds of late and they have failed to win a single game against them since the 2014/15 season.

Still, both teams are likely to rest a number of regulars and that may offer Unai Emery’s side with an opportunity to beat the Reds at Anfield.

A complete overhaul of the backline is expected. Emiliano Martinez should replace Bernd Leno in goal, considering he is regarded as the Cup-goalkeeper.

Shkodran Mustafi and Rob Holding are likely to emerge as the central defensive pairing while Hector Bellerin and Sead Kolasinac – who was dropped to the bench for Kieran Tierney at the weekend – should slot into the full-back positions.

In the midfield, Granit Xhaka is definitely ruled out for the contest in the aftermath of his angry response towards the fans, who jeered him off the playing field.

Alongside the Swiss, Matteo Guendouzi may drop out from the starting XI. Lucas Torreira, who was an unused substitute against Palace, is likely to accompany Joe Willock in the centre of the park.

Willock has been average with his performances in the past two games and he was completely left out of the squad during the recent London derby at the Emirates Stadium.

Further forward, Unai Emery has confirmed that Mesut Ozil is travelling with the team and we predict that the German will make the starting XI in his preferred number 10 role.

Either side of the German, Bukayo Saka and Emile Smith Rowe are strong candidates to feature, should Emery decide to offer a breather for Pierre-Emerick Aubameyang and Nicolas Pepe.

Gabriel Martinelli should lead the attack on the night with Alexandre Lacazette probably settling for a bench role. The Brazilian has amassed five goals from the past three starts and he will be raring to make an impression in what would be his toughest challenge yet.

How Arsenal will line up vs Liverpool