Manchester United are reported to be in advanced negotiations with Juventus regarding the potential transfer of Mario Mandzukic to the club.

The Red Devils are currently discussing the prospect of swapping Romelu Lukaku for Paulo Dybala from the Italian champions, but it appears that they also hold an interest in signing Mandzukic.

According to Tuttosport, the club have already started discussions over a separate deal for Mandzukic, which could cost between 10 and 15 million euros.

The same publication claims that the move could be finalised in the next few days meaning that the 33-year-old could be officially unveiled by the Red Devils by Monday.

Mandzukic has two more years remaining on his existing deal with the Bianconeri, but it appears that he has no future under new boss Maurizio Sarri, who is expecting a young striker at the helm.

Elsewhere, reports have claimed that Mandzukic may be involved in the transfer agreement for Lukaku, should Dybala decline the chance to join the Red Devils this summer.

In that case, the Serie A holders are bound to pay a significant transfer fee in addition to offering Mandzukic as a makeweight for the Belgian international’s transfer. 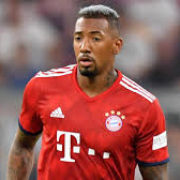