Chelsea have reportedly opened contract talks with midfielder Mason Mount after monitoring his impressive progress in the past few seasons.

The 20-year-old has spent the past two campaigns on loan with Vitesse and Derby respectively and at the latter of those clubs, he worked in close quarters with Frank Lampard, who has been appointed as the new Blues boss.

According to Evening Standard, the young players at the club have been convinced to stay put with the appointment of Lampard and the likes of Callum Hudson-Odoi and Ruben Loftus-Cheek have already agreed terms over new bumper deals.

The same report claims that the west London club have now begun negotiations with Mount, who was instrumental to the Rams’ push to the Championship playoff final last term with nine goals and four assists from 38 appearances.

In the absence of Loftus-Cheek through injury, Mount could be handed some gametime at the heart of the midfield, though that may largely depend on his performances during the Blues’ run of pre-season friendlies ahead of the new campaign. 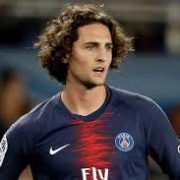