Manchester United have reportedly received the clear route to sign Bruno Fernandes from Sporting Lisbon with the likes of Tottenham Hotspur and Manchester City ending their interest in the midfielder.

The Portugal international has come off a sublime season in the Primeira Liga where he contributed a staggering tally of 32 goals and 18 assists, and this has tipped him to pursue a big club move elsewhere.

According to The Mail, the Red Devils seem to hold the clear advantage in the race to sign the Portuguese playmaker, given Spurs, City and Liverpool seem unlikely to lodge an approach to land him.

The same publication claims that United are after a creative midfielder for their ranks and they may be tempted to sign Fernandes, who could be available for around £50m this summer.

United are currently unsure over the future of midfielder Paul Pogba amid his recent hint over a fresh challenge and his potential departure may trigger the need for more than one midfield signing.

Newcastle United’s Sean Longstaff has been tipped to make a potential switch to Old Trafford this summer with manager Ole Gunnar Solskjaer focused on pursuing young British talents as part of the summer rebuild. 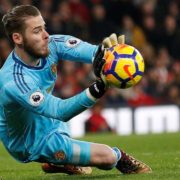 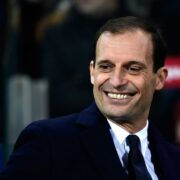