Sarri’s future at the west London club has been placed under doubt since the conclusion of the Europa League final and reports indicate that he has made his mind up to join the Bianconeri.

Amidst this, the Blues have been fancied to make an attempt to sign former Juventus boss Max Allegri but ESPN claims that may not be the case this summer.

The Blues have recruited back-to-back Italian head coaches in the form of Antonio Conte and Sarri and reports claim that they are reluctant to continue the trend.

It is added that the Blues don’t believe the players are suited to play the brand of football orchestrated from ex-Serie A coaches and they are instead looking into a possible move for Gracia.

Gracia, 49, recently guided Watford to the final of the FA Cup and ESPN claims that the Blues have been impressed with his handling of players and tactical decisions on the playing field.

Apart from Gracia, the club have not ruled out an approach for club legend Frank Lampard, who recently guided Derby County to the Championship playoff final. 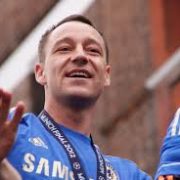