A selection of Chelsea fans have praised the performance of Ruben Loftus-Cheek, who scored the crucial opening goal during the 3-0 Premier League triumph over Watford on Sunday.

The England international started on the bench for the crunch encounter but he was brought onto the field after just 10 minutes following a hamstring concern for N’Golo Kante.

He could not make a meaningful impact during the course of the first period, but he turned it around following the break with a commanding header from a set-piece to find the much-needed breakthrough.

The Blues eventually sealed a comfortable 3-0 win to secure Champions League football for next season and the fans were appreciative of the efforts of Loftus-Cheek for the second game running.

Loftus-Cheek was barely used in the Premier League during the first half of the season and manager Maurizio Sarri had attributed the same to a recurrent back problem suffered by the midfielder.

However, he has managed to partly overcome the problem as the season has progressed and he has contributed three goals and two assists in the past seven Premier League appearances for the team.

With Champions League football sealed for next term, the Blues can now solely focus on the Europa League semi-final against Eintracht Frankfurt with the second leg scheduled for Thursday night at the Bridge.

The Blues secured an away goal advantage through a 1-1 draw against Frankfurt in the first leg, but they still need to be wary of the threat from the likes of Luka Jovic and Ante Rebic in the opposition ranks. 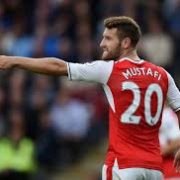