Chelsea FC will reportedly look into a potential move for Ajax’s David Neres this summer, should they be able to freeze their ongoing transfer ban levied by FIFA.

The Blues are currently not permitted to pursue any players above the age of 18, but they are hoping to at least delay the ban through an appeal to the Court of Arbitration for Sport.

According to The Mail, this uncertainty has not stopped them from highlighting potential targets for the summer and Neres has been earmarked as one of the leading options to reinforce the squad.

The Blues are anticipating the potential exit of Eden Hazard as he enters the final year of his contract and The Mail suggests that Neres, who has already represented Brazil, has been identified as an option to succeed the Belgian.

Neres has been one of the standout performers during the ongoing campaign and he has contributed 10 goals and 10 assists to help the club seal a domestic League and Cup double.

Aside from this, he has built his reputation with key goals against Juventus and Real Madrid in the knockout stages of the Champions League, and reports indicate that Ajax have placed a £40m price tag on his head.

Chelsea are expected to be without Callum Hudson-Odoi for the beginning of next season following his Achilles surgery, and Neres would no doubt prove a quality, should Hazard make way from the club.

Pedro and Willian are the other wider attacking options in the club’s ranks but the experienced duo face doubtful futures with their contract due to expire in 13 months’ time. 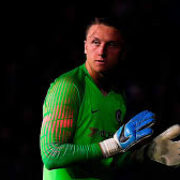