Former England and Liverpool striker Emile Heskey believes Chelsea will part ways with Maurizio Sarri at the end of the season because of the average showing of Eden Hazard following the turn of the year.

Hazard started the Premier League season in stunning form and he managed to contribute 10 goals and nine assists before the turn of the calendar year.

However, the Belgian’s form has nosedived during the backend of the campaign and a tally of just three goals and two assists has not helped the club’s push for the top four.

Speaking on Sky Sports News, via The Express, Heskey said that Hazard’s dip in form during the second half of the season could contribute towards Sarri getting the chop.

He said: “I’d be very surprised if he’s there next season. It’s been a difficult season for him. You’ve got talisman like Hazard, a couple of seasons ago we were touting him as the best in the Premier League, probably the best in Europe. You need players like that stepping up to the plate.”

Chelsea’s top four prospects have been hampered after successive winless games against Wolves and Everton, and they are now three points off the top four positions.

One of the prime reasons for the dip has been the poor away form, and they are currently in a run of just one win from the previous six matches on the road. 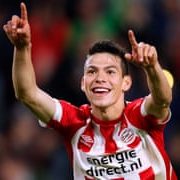