Chelsea have reportedly begun looking into the heir for Eden Hazard with the Belgian appears likely to leave the club when the season comes to a close.

The Belgium international currently has 17 months remaining on his existing deal with the Blues and so far, he has shown no indication that he could extend his stay further.

As such, the west London giants could seriously consider his sale in the summer and Calciomercato reports that they have already earmarked the prime option to replace the 28-year-old on the left-wing.

As per the publication, the Capital outfit are keeping a close eye on the proceedings of ex-Liverpool star Philippe Coutinho and they could seek to lure him to the Premier League during the summer.

Coutinho only left the Reds for Barcelona in a £140m deal 13 months ago but the move has not paved the way as planned with him struggling to make a key impact in the league this term.

The ex-Internacional man has managed just 13 starts through the La Liga campaign and his return has been average by his standard with four goals and two assists.

Owing to this, there has been speculation that he could be tempted by a Premier League comeback during the summer but Chelsea may potentially face competition from Manchester United for the Brazilian.

Meanwhile, Hazard’s contract standoff has continued despite the change of manager and it appears that he could seal his dream move to Real Madrid during the off-season unless he puts pen-to-paper on a new deal. 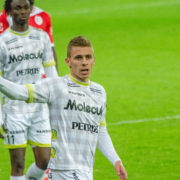