Chelsea have the opportunity to enhance their top four prospects when they face Manchester City on the road this weekend. The Blues are currently two points ahead of Manchester United in the race for the final Champions League spot and they cannot afford a negative result at the home of the Premier League champions on Sunday.

Kepa Arrizabalaga has been the trusted goalkeeper between the sticks for the Blues all season and the Spaniard should maintain his role for the crunch game in Manchester.

The defence may not witness any tinkering from the thumping 5-0 win over Huddersfield Town last weekend and this should see Cesar Azpilicueta, Andreas Christensen, David Luiz and Marcos Alonso make up the backline.

Likewise, we are predicting no changes at the heart of the midfield with Jorginho featuring in the holding role while N’Golo Kante and Ross Barkley should play with more freedom ahead of the Italy international.

Upfront, Eden Hazard and Willian are pretty much constant picks on the left and right side of the attack and the former appears to be developing an interesting partnership alongside Gonzalo Higuain.

Higuain has started the club’s previous three league games in all competitions and he should retain his position without any concern after bagging his first two goals for the Blues against the Terriers last week. 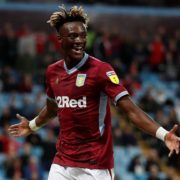