Arsenal are reportedly on the cusp of appointing Monchi as their first-ever technical director following fruitful negotiations with AS Roma regarding the same.

The Gunners have been on the search for a technical director since the departure of Sven Mislintat from the head of recruitment role and this has seen them linked with multiple names including former player Marc Overmars.

However, according to Il Messaggero via The Mirror, Monchi seems to have emerged as the perfect fit for the role and the club have already agreed to trigger the £2m release clause on his Giallorossi contract.

Monchi has a close association with Emery from their days together at Sevilla and over the years, he has been famed for spotting talent early with Ivan Rakitic and Dani Alves among the notable names.

Still, the Italian may not have complete freedom in terms of the search for new recruits, given the hierarchy are likely to go with a restricted £45m budget for the summer.

The transfer kitty could be increased, however, should some of the existing players be offloaded during the forthcoming summer transfer window. Mesut Ozil, Shkodran Mustafi and Mohamed Elneny are among the big names, who have been linked with summer exits. 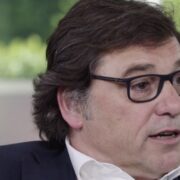