Chelsea will be aiming to continue their unbeaten streak in the Premier League when they collide with Manchester United at Stamford Bridge on Saturday afternoon. The Blues are presently on 20 points for the league campaign with only goal difference separating them from Manchester City.

Kepa Arrizabalaga has been the Blues’ preferred choice between the sticks for the league duties and he should retain his position for the Red Devils visit. Likewise, Cesar Azpilicueta and Marcos Alonso should maintain their roles on the right and left side of the defence.

However, there could be an enforced change in the central defensive department with Antonio Rudiger a potential doubt with a groin problem. In his absence, skipper Gary Cahill could make his maiden league start of the season alongside David Luiz.

In the midfield, Jorginho and N’Golo Kante are ever presents when it comes to the Premier League and they could once more be partnered by Ross Barkley, who starred before the international break with a goal and an assist versus Southampton.

Upfront, Eden Hazard is expected to take up his regular role on the left wing and we are anticipating Pedro to start on the opposite end ahead of Willian, who has been disappointing in recent matches. Olivier Giroud should lead the line ahead of Alvaro Morata once more as he offers more in terms of his hold up play.

Giroud has yet to score a goal for the Blues unlike Morata who has scored three. But he has been impressive in the distribution front with four assists – three of which have been provided to Hazard, who is the club’s leading scorer this term. 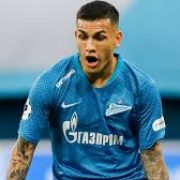